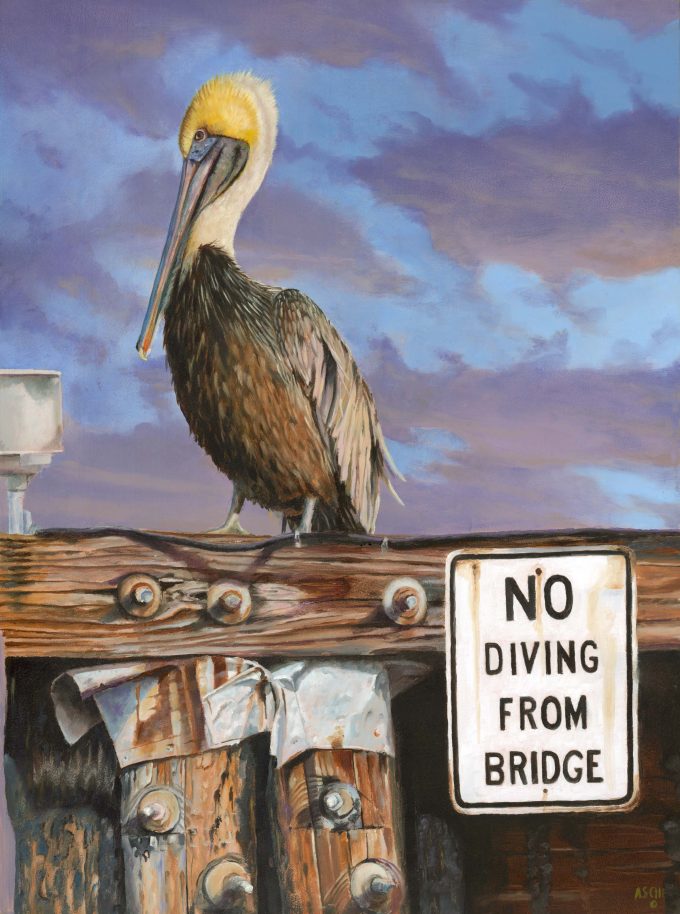 A Pelican Can—  by Mickey Asche, available in

Born in 1963 in Louisville, Kentucky Mickey Asche moved to Louisiana as a teenager with his family. Following in his father’s footsteps, he went on to work as a Aviation Mechanic where he stayed for over 20 years. In 2005, shortly after Hurricane Katrina took his home, Mickey became immobile for four months from a knee injury. During that time, he began painting. He taught himself watercolor and soon moved to oils.

Growing up in Southern Louisiana, he was immediately drawn to depict the rich wildlife this area has to offer along with the vast numbers of bayous, marsh and swamps.  Soon after picking up a paint brush, Mickey left his career in aviation to paint full-time.

Be the first to review “A Pelican Can” Cancel reply

A Final Look at Acadie

No Country to Call Home